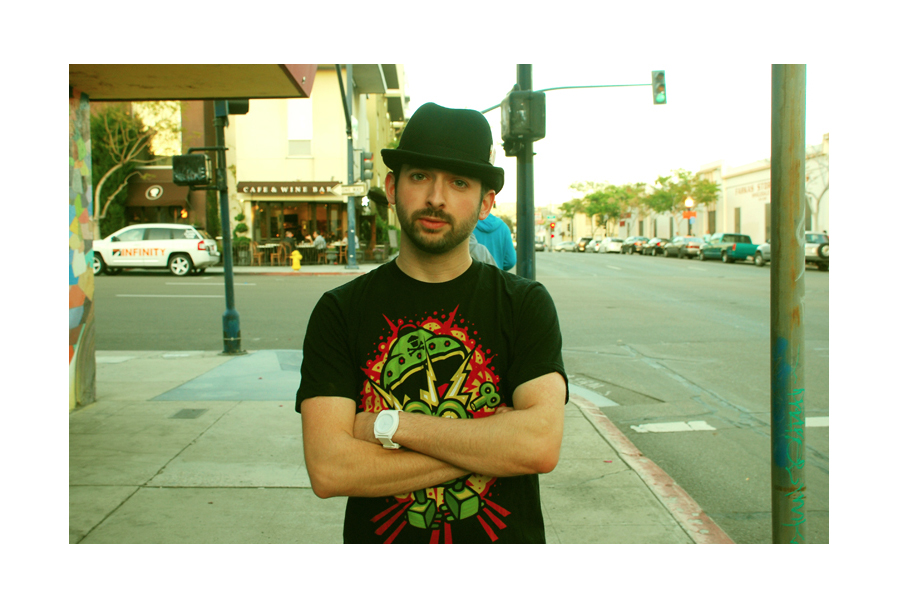 My best friend Manuel has always been the trendsetter in my life. From pogs, to football cards, Pokemon cards, to the freaking color orange, this guy has always had some kind of influence on what I thought was cool. So in April 2010, he tells me that this designer Johnny Cupcakes has this phat t-shirt brand and is coming to San Diego for his “Suitcase Tour.” I was immediately overcome with the NEED to photograph this guy.

So Manuel, our  new friend Justin, and I all drove downtown to 5&A Dime and were one of the last people in line for the signing. Being the awesome guy he is, Johnny Cupcakes worked the crowd and visited with the waiting fans. 5&A Dime was only allowing a few people to enter the store at a time, and Johnny Cupcakes had his own booth right outside the store. When he got to us, I had the balls to actually ask him for a quick shot, allowing me to walk away with one of my first successful street shots. Everyone else took that as a cue to crowd our bubble in hopes of snapping pictures with their cameras, but Johnny was quickly annoyed and dipped out.

Being a photographer doesn’t mean being an introvert. I learned this lesson while trying to emulate other photojournalists’ works. You don’t get National Geographic level piercing-eyed portraits without soliciting their attention at some point. Let alone doing so in another country. You have to be proactive and be friendly. You have to communicate what you’re doing and how you’re doing it. Photography is merely a vehicle of communication to a larger audience. But you’ve got to decide what you’re communicating. That’s the decision you’re making to share for those viewing your work. So if you’re shy, allow your camera to be your excuse to interact with people. If you’re working an event, you have reasons to ask individuals and groups for photographs, all you have to do is tell them to pose. This is honestly how I personally became comfortable–really comfortable, in front of large groups. I too, used to be a shy guy.

Manuel and I didn’t purchase anything that day. We were both cheap (read: poor) bastards who were still adjusting to the San Diego lifestyle. We ended up getting a little pamphlet signed, experiences had, but I still walked away with an awesome shot.

Till this day, Johnny Cupcakes has been a brand I’ve come to really look up to. The guy started out screenprinting t-shirts with a random nickname that just stuck with him at work. He proceeded to attract attention by wearing them around work and selling them out of his car at rock concerts. People made a cult following out of his brand, trying to get their hands on each “limited run” shirt he produces. Dude is HUGE today because he knew took risks to put himself out there. 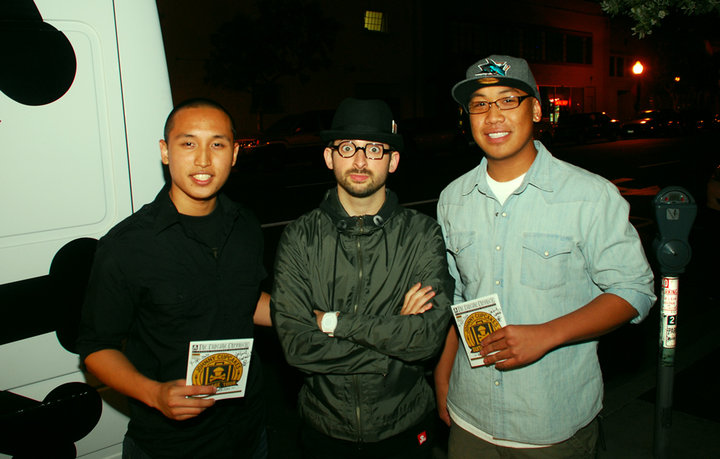 I’m just disappointed that I never had the hindsight to purchase an external hard drive. I don’t know where the original copies of these shots went, but now I’m stuck with photos at this resolution. The main of Johnny Cupcakes is one of my favorites too. I would have loved to get it blown up, printed, and framed.