Dethklok live on the U.S.S Midway 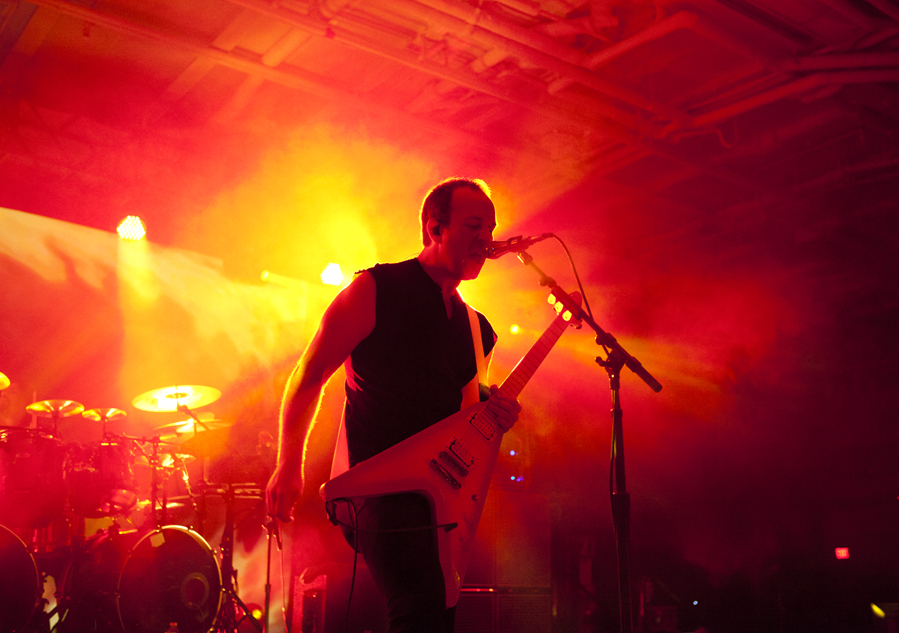 This year marked my third (and last) year as Ambassador of Badass Photography to Adult Swim and Superfly Presents. Though I unfortunately accumulated no free swag, I managed to uphold my penchant for snapping some interesting shots. As a result of the aforementioned interesting shots, I landed myself some phat exposure after Adult Swim included my photos with their press kit which led to an image being featured in CNN’s Geek Out! Blog and a few others featured at Kastor’s Korner. On top of that, the man behind the Adult Swim Bumps liked my images so much that he aired a few (videos below), and posted them on Instagram. 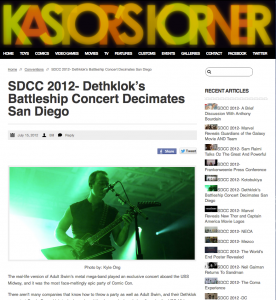 Adult Swim spared no expense for the fans and rented out the U.S.S. Midway to hold two badass concerts, one after the freaking other. Dethklok, the real-life manifestation of the Metalocalypse characters, was flown onto the U.S.S. Midway via helicopter where they proceeded to melt the faces off of their fans with their music. Girl Talk returned again this year to ensure the after party was just as amazing as his show at Quality Social last year. Toilet paper everywhere. But I’ll save him for a different blog post.

The following day Adult Swim held their private event at Vin De Syrah, namely as a means to unwind amongst themselves before heading back to LA or Atlana. One of my roles that evening was to capture all the embarrassing photos of the talent and staff for internal sharing and mockery in the near future. My most important role that evening however was to capture the group shot of the Adult Swim family in dedication to a member that was undergoing surgery and had to miss out. No worries though, from the looks of her Facebook she’s doing mighty fine and has the coolest staple scar I’ve ever seen.

My only complaint for that weekend was probably the performance of the Canon 5D Mark II. Coming from Nikon, and especially the Nikon D300, I was incredibly surprised with the low light accuracy of my 5DMkII. Well not really surprised, I always knew Canon’s were lacking in that area, but I didn’t realize to what extent. I found it incredibly hard to get some of these shots, only because my auto-focus would not stick to anything. It got to the point to where I eventually decided manual focus would be the best way to shoot the evening. No biggie though.

I call it my last year because I’ll be relocating to the east coast in the next couple months. I’ll have to pass the crown along to someone else to enjoy and benefit from. I thank the men and women of Adult Swim and Superfly Presents from the bottom of my heart. I’ve enjoyed working alongside you all and am grateful to call you all friends. 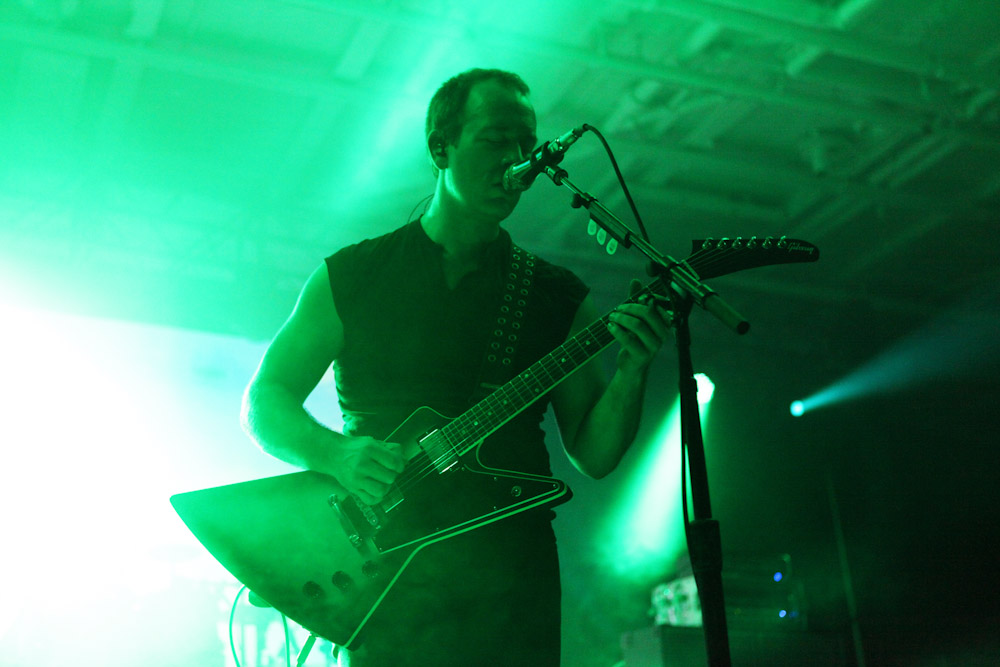 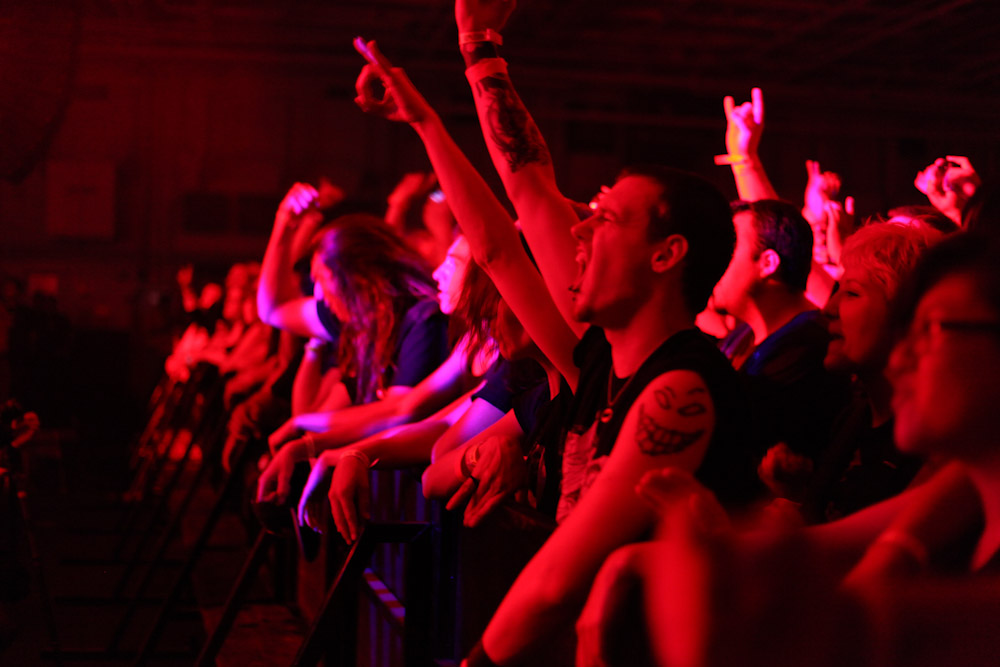 Below are the images they used for this particular Bump: 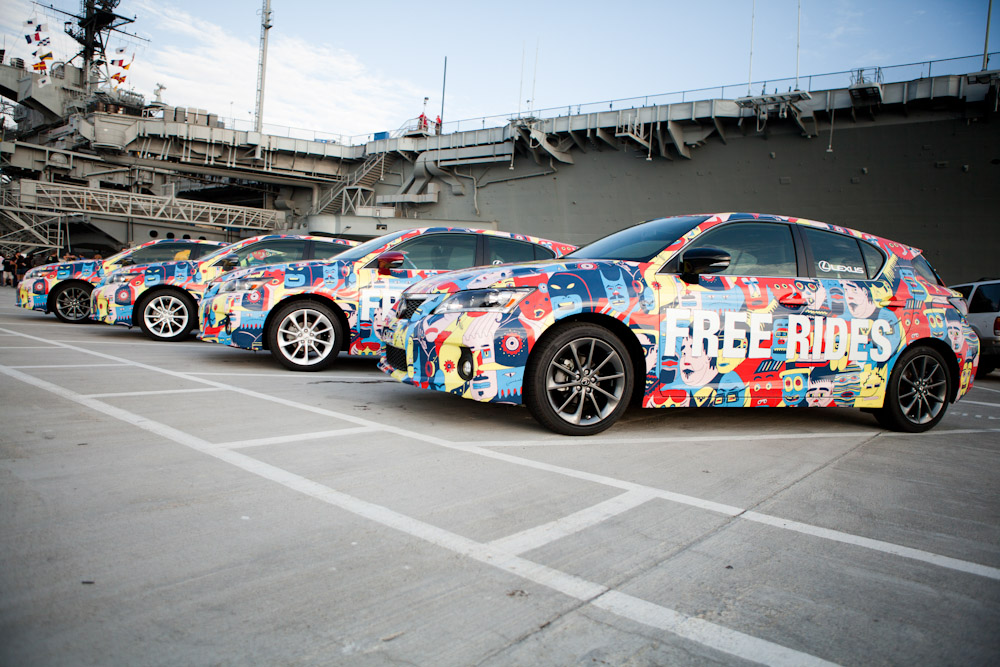 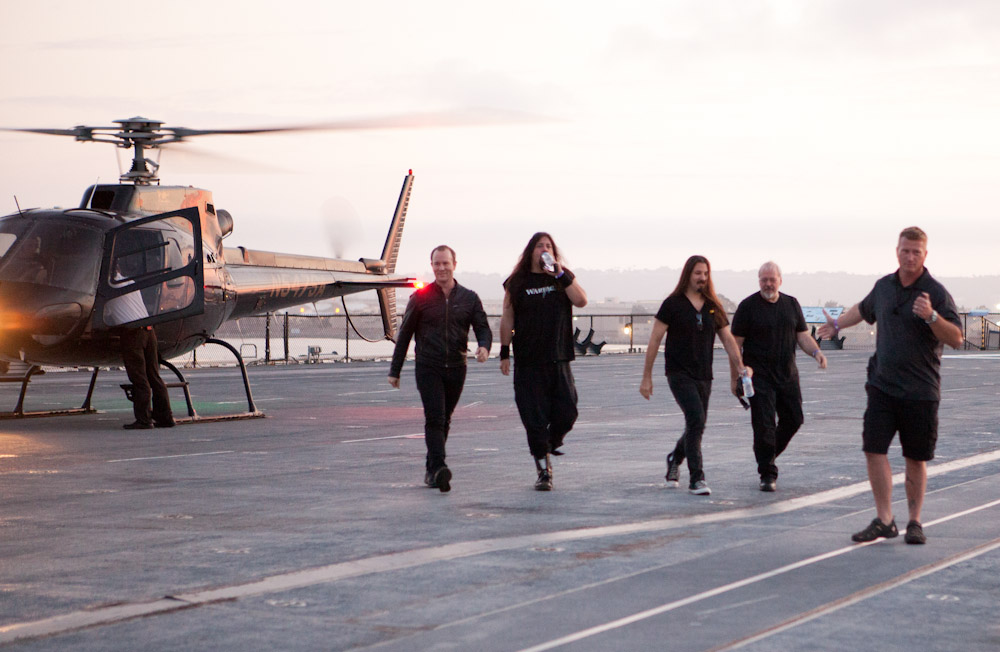 Adult Swim went ahead and made this black and white. 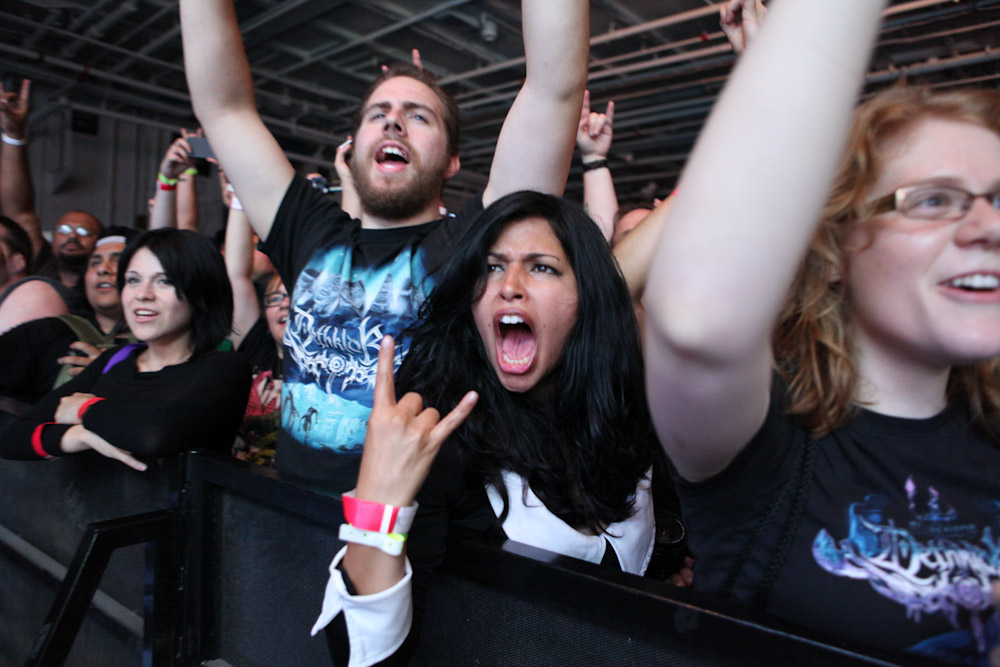 They made this photo black and white too. 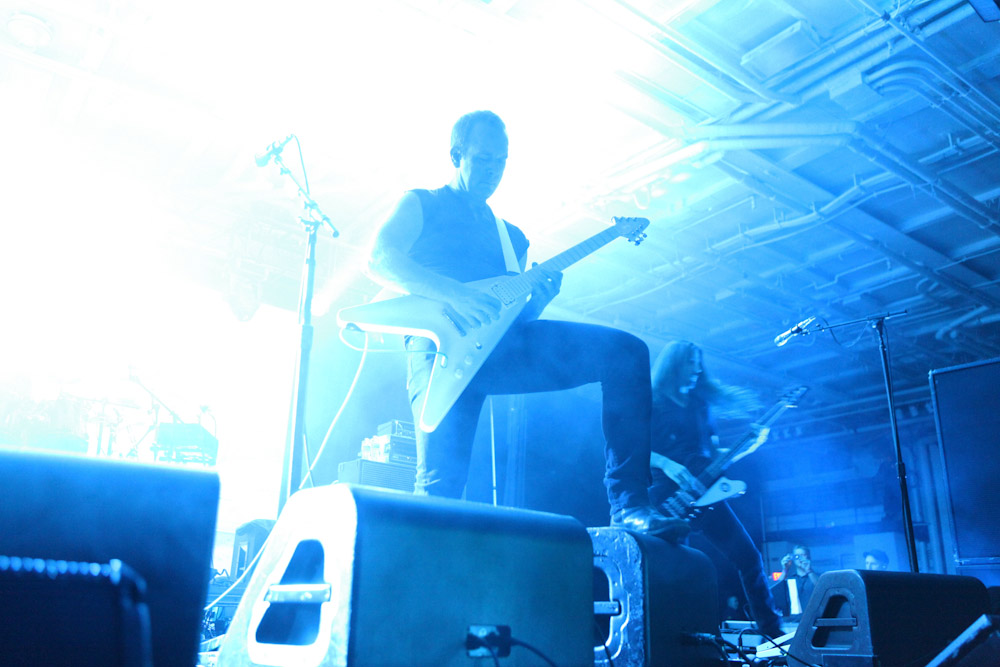 Here was the Bump they did for Dana:

I’ll be separated from this folks again for a year. But come Comic Con 2013, the party is bound to pick up again. Oh, and here’s the Instagram evidence of my conquest: 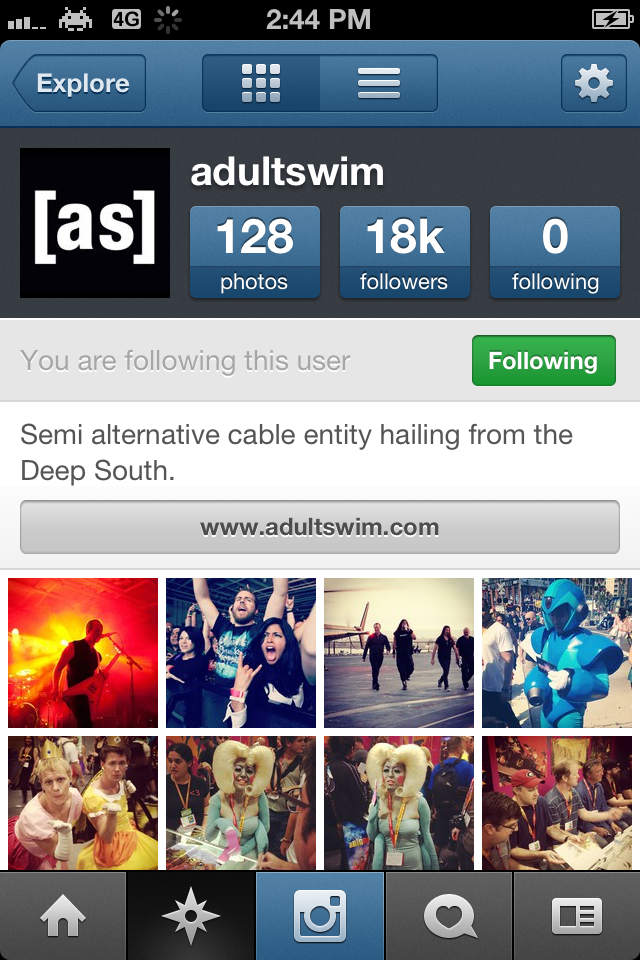