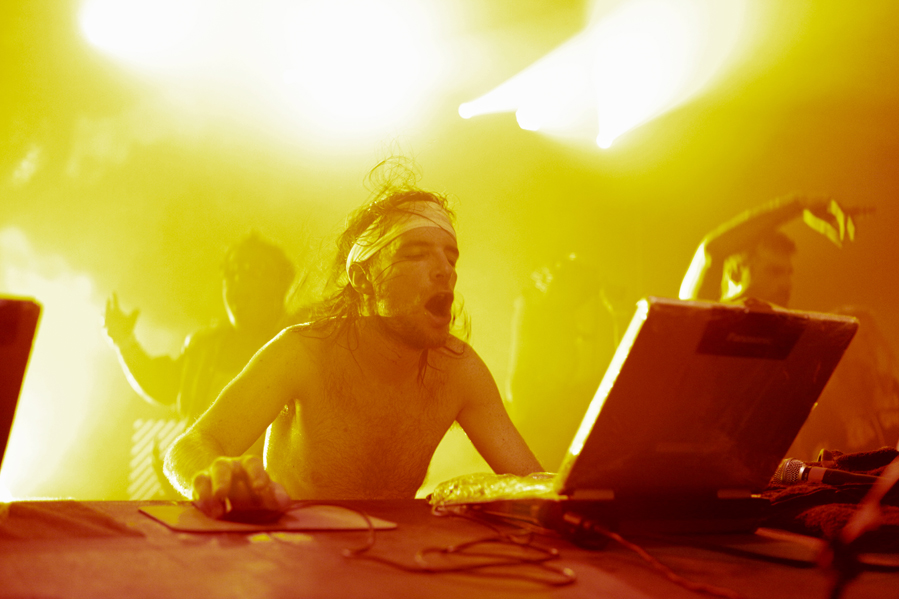 I felt that this warranted it’s own post because of how expressive Gregg “Girl Talk” Gillis is as an artist. Never have I had an artist more energetic during a performance than this guy. Us music photographers already have a tough time trying to make adjustments for our low-light situations. For those of us who can’t afford super fast lenses, we slow down our shutters to bring in more light which tends to produce more motion blur. In my case, Girl Talk was the king of motion blur, this guy physically manifests his music through his being. You’d think his mashups would be pretty bland when performed live but no, this guy goes ham with live performers and visual art.

Not gonna lie, I had to take a lot of shots of this guy to get solid photos for the press release. The Dethklok and Girl Talk concert was the first music event I brought the Canon 5D MkII to and was rather displeased with the quality of Canon’s low light focus capabilities. I primarily shot with a Nikon D80 and D300 prior to this, and was able to autofocus targets under low light conditions with ease. As much as I enjoyed my switch over to Canon, I’m definitely considering returning to Nikon when I get the money for the super high end stuff. But I made due with what I had. The images my 5D Mk II produced were quality and well worth the investment. 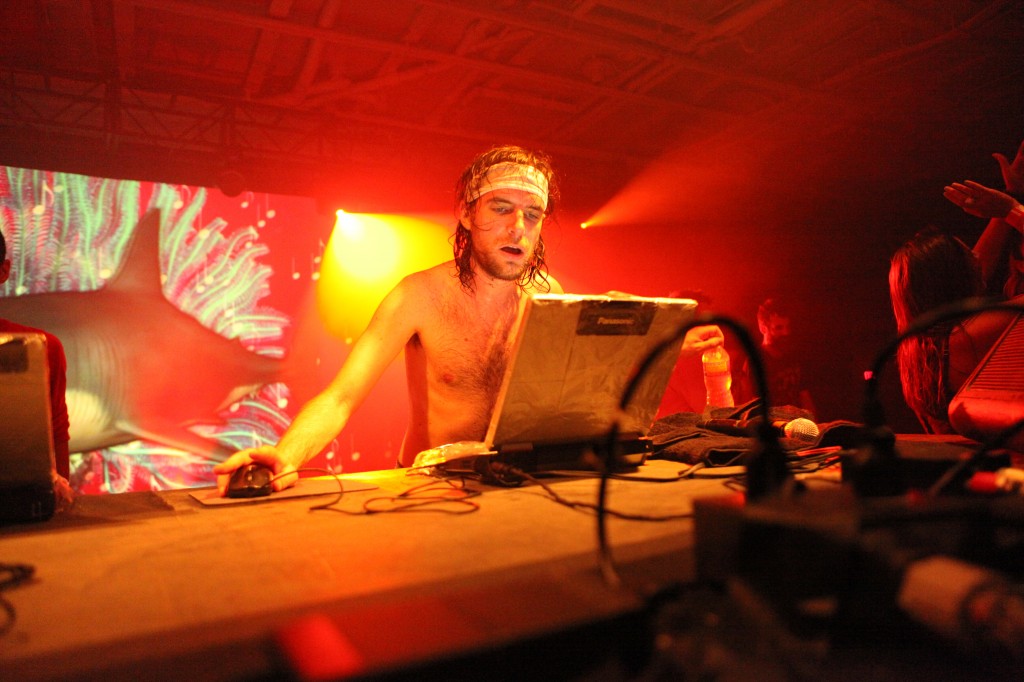 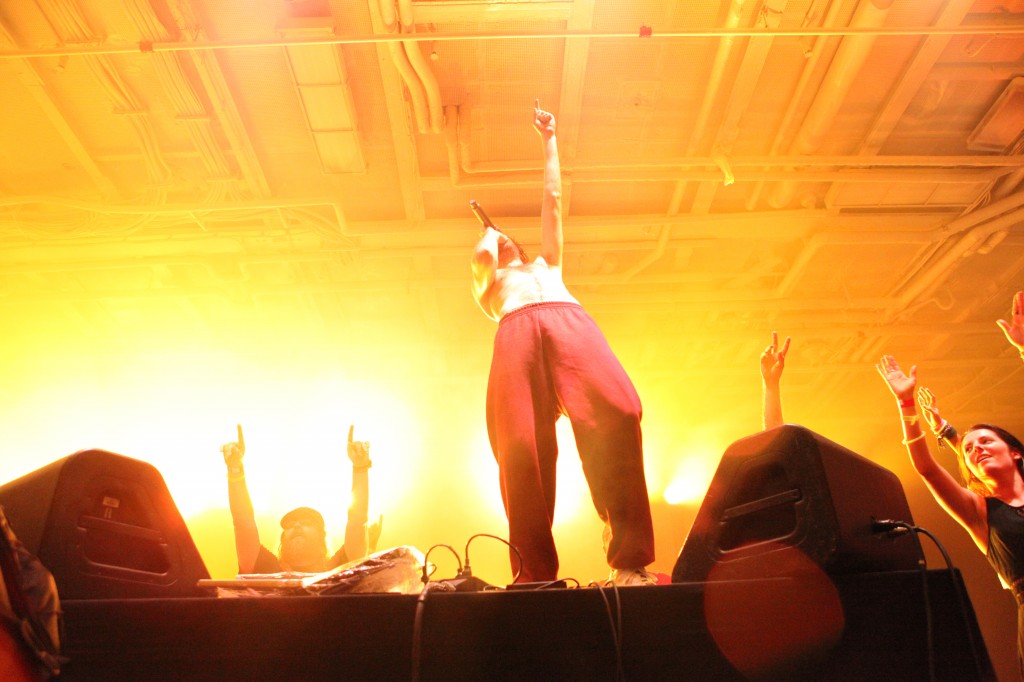 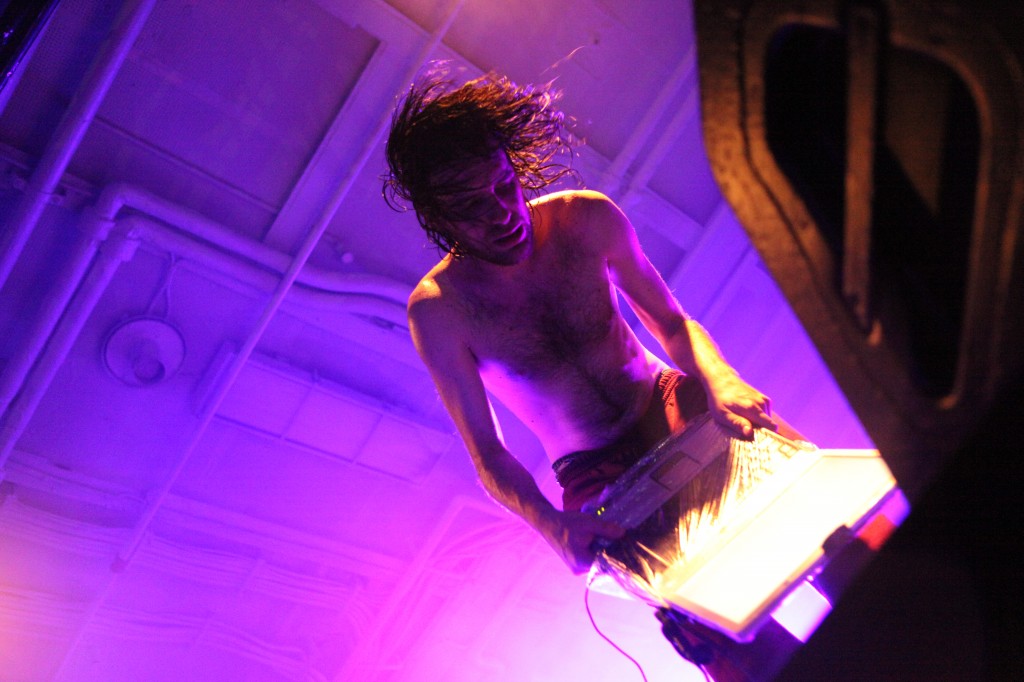 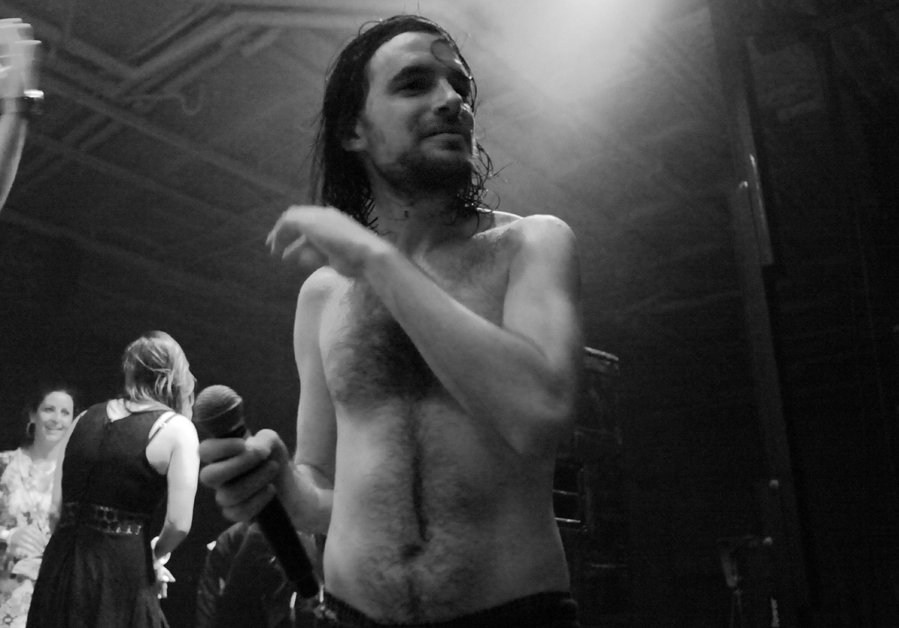 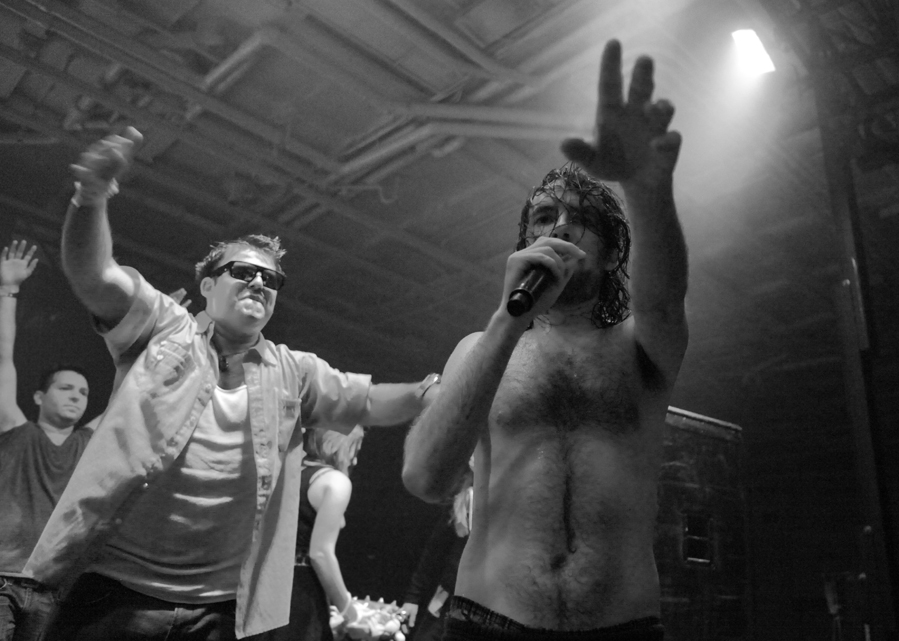 I had to post an obligatory photo of Eddie Ray in his iconic zombie apocalypse garb. Love you bud! 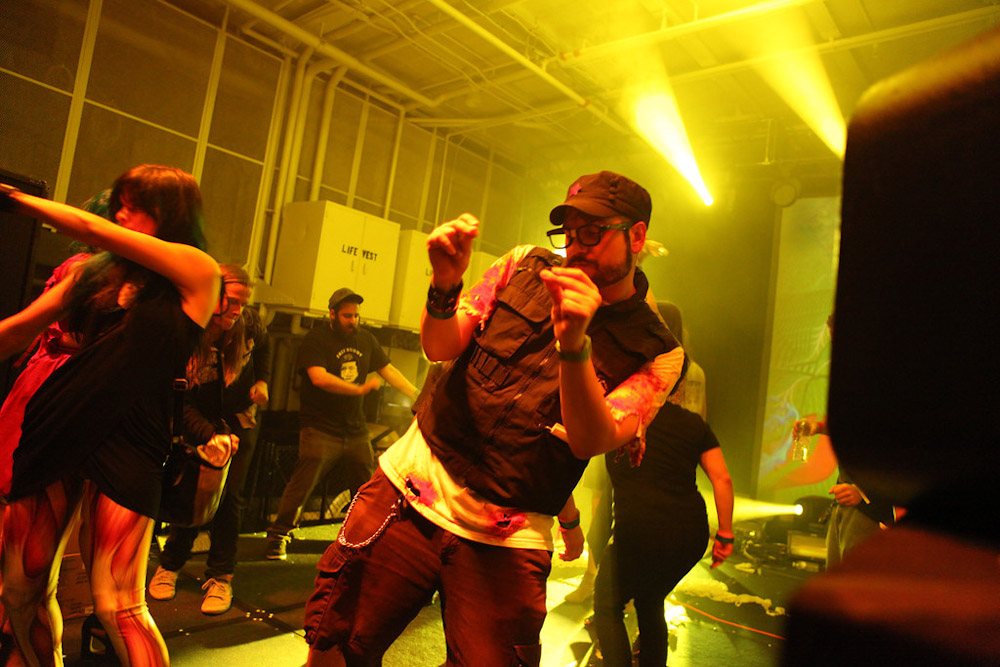 Girl Talk first performed at the previous, Comic Con 2011, on the final evening of events at Quality Social in downtown San Diego. It was literally the best party ever. Quality Social staff, Adult Swim talent, and random celebrities were on tabletops dancing, confetti and other stuff was flying all over the place, and the music was entrancing. 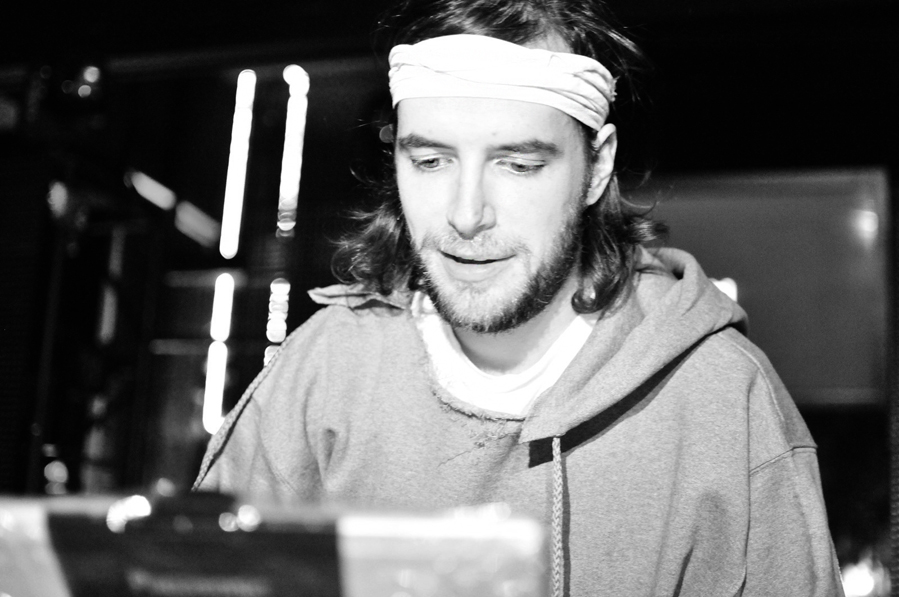 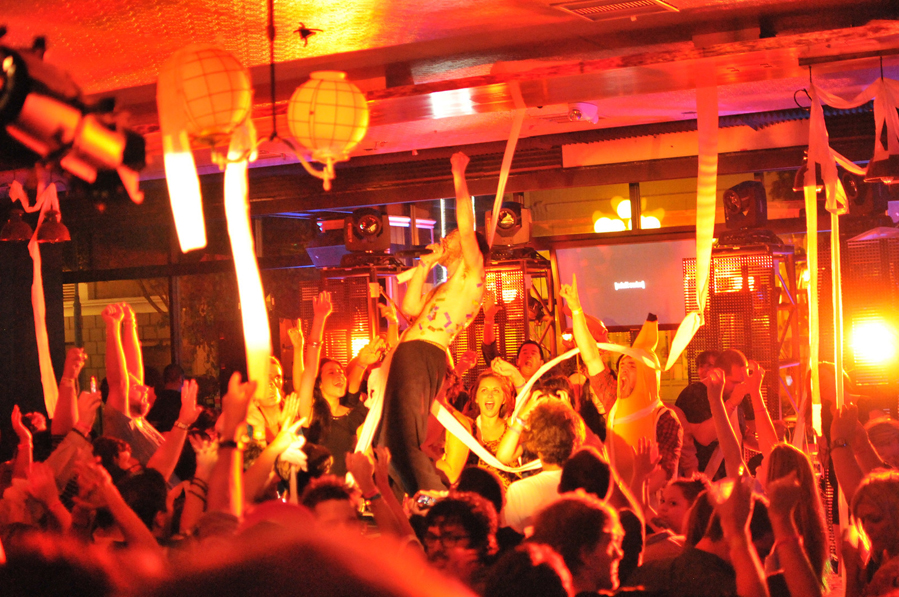 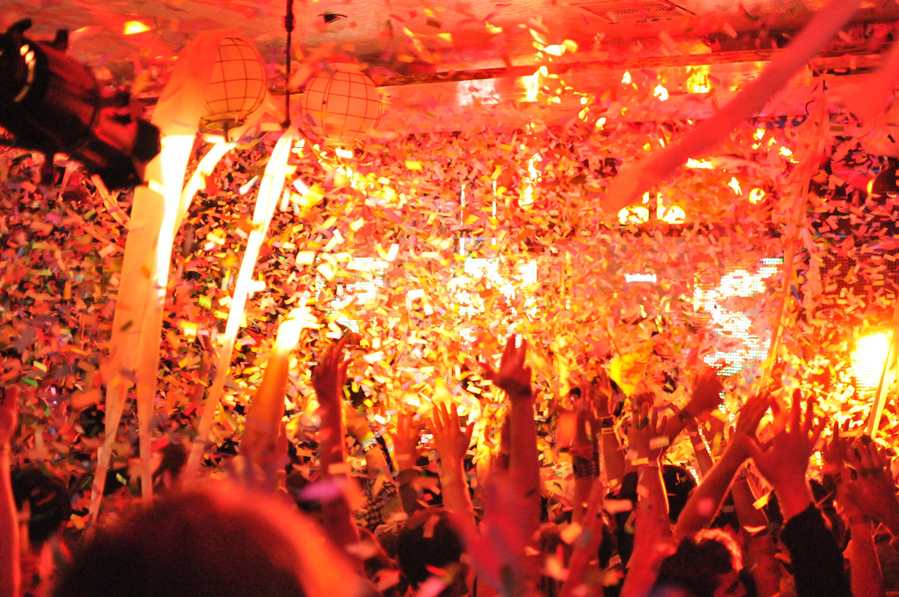 ← Seth Green, The Humble
Dethklok live on the U.S.S Midway →